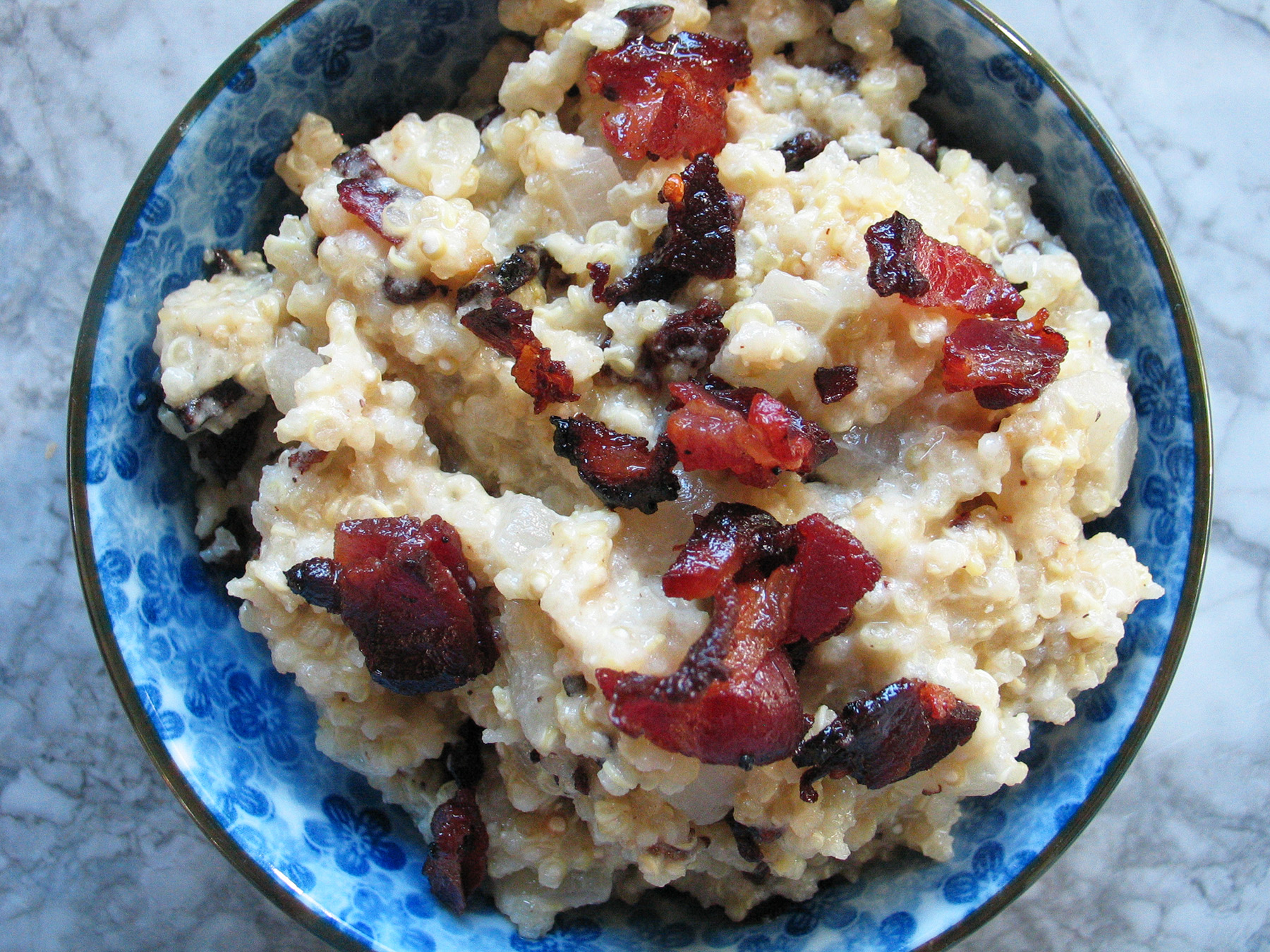 I was randomly home during the day for a half hour so I cooked the bacon, removed it to a plate and left the fat in the skillet for the afternoon…so when I zipped home and we had a very tight window for dinner, this was amazing – I’m going to say it took 15 minutes (onion was also chopped, quinoa was sitting on the counter).  Any way you wish to whip this up, it works.  We had it straight up (with broccoli), but it would also make a terrific side –  I found the recipe in ‘Molly on the Range’ by Molly Yeh – enjoy!

In a large skillet, cook the bacon until it’s nice and crisp and then use a slotted spoon to remove it to a plate and set it aside.  Leave the fat in the pan and add in the onion and cook it for a few minutes until it’s soft.

Stir in the quinoa and water and bring the mix to a boil, then reduce the heat and simmer for 10 to 15 minutes until the quinoa is tender and the liquid is absorbed.  In a separate small bowl, whisk together the eggs, Parmesan and freshly ground pepper (to taste), then as soon as the quinoa mix is ready, remove the skillet from the heat and stir in the egg mixture, making sure it’s well combined.

Fold in the bacon, sprinkle on some extra cheese as you wish and dive in – this is also very tasty for breakfast!