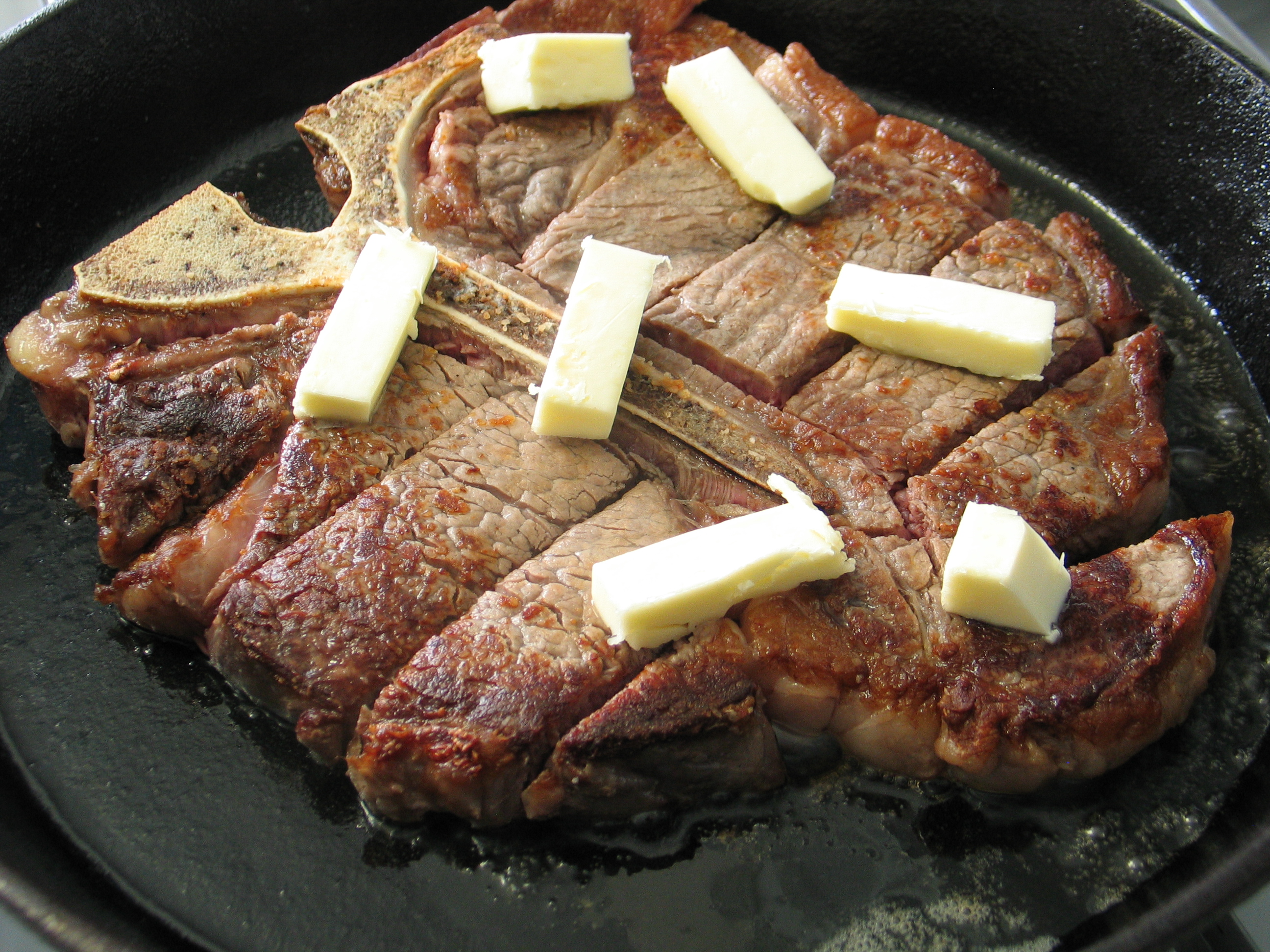 Such a tasty meal and it was so straightforward (and written up as Bobby Flay’s ‘rules’ in bon appetit, so guaranteed to work in my world)…that I had to give it a go.  The kale was a last minute idea of mine, and it will now always be a part of this dish – it’s also the perfect way to have an amazing steak on a dark and stormy (winter) night – enjoy!

Allow your steak to come to room temperature and then heavily salt it on both sides.  Put a large cast iron skillet on to heat up over medium-hot heat and make sure that your broiler rack is in place and ready to go.  Once your skillet is piping hot, pour in the oil and place the steak in the pan – it will pop and sizzle but so NOT touch it for 4 minutes…put the timer on.  After 4 minutes, turn off the heat, and move the steak to a large cutting board, browned side up.  Cut the meat off the bone, and then continue to cut the steak into thick strips perpendicular to the bone.

Now, turn on the broiler and slide the whole steak, crust side still up, into the still hot pan and take the time to puzzle it together so it still appears to be a whole steak.  Top the steak evenly with the cubes of butter, and then place it under the broiler for 4 to 6 minutes until it’s a perfect medium-rare.  Because the steak is already cut, you can carefully pry a piece apart to check for doneness.

As soon as it’s done, transfer it carefully and quickly to a large plate and cover it with foil to let it rest, and then throw all of the kale into the butter meat juice of the still hot skillet.  Stir until the kale is wilted, I didn’t even need to turn the heat back on, and then you’re ready to go (if you’re not into kale, it’s recommended to serve the meat directly from the skillet, directly from the broiler).  We had a delightful meal of fully dressed baked potatoes (the potatoes were baked before starting the meat), wilted, buttery kale and a perfect porterhouse.