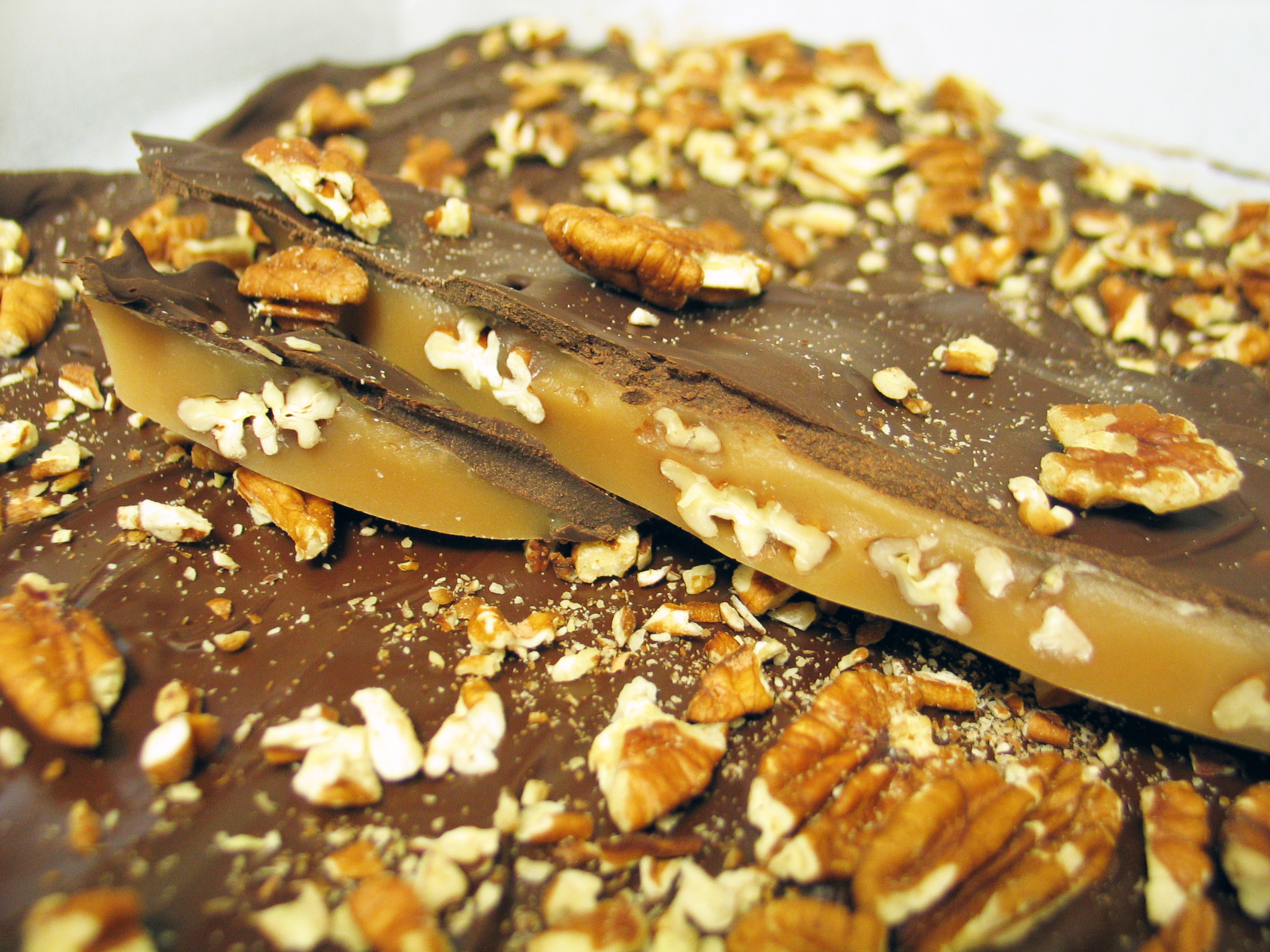 It worked!  It worked!  Anything candy related always makes me nervous, but I’ve officially attempted this a couple of times now…and both were perfect.  I borrowed this recipe from 101 Cookbooks, but Kyla was my inspiration – also worthy to note…I was told to avoid using butter that’s been previously frozen, and the chocolate quality, while totally up to you, is worth upgrading for these tasty morsels.  As for temperature, I know there are great candy thermometers out there, but I used Brock’s special barbecue instant-read thermometer (and I may, or may not have, told him), and it took out all of the guess work – enjoy!

Cover a large, rimmed baking sheet with parchment and set it on a rack or heat-proof surface.  Melt the butter in a medium-large pot and then stir in the sugar, corn syrup and water, until the sugar has dissolved – I use my silicone spatula.  Carefully bring the mixture to a boil – boiling like lava is a great description – and then at medium heat, continue to cook for probably 15 minutes, until your thermometer reads 300 F.  I set the timer for 15 minutes just so I have an idea, but the color will go from pale yellow to golden brown and it for sure takes 15 minutes for me to get to 250 F at medium heat.  After that, keep a close eye…it feels like it hovers at 275 F for ages and then over the course of about 5 seconds it will shoot to 300 F.

The moment 300 F has been reached, turn off the heat and stir in the pecans, then quickly scrape the mixture into your prepared baking sheet and spread it out as evenly as possible.  Thin is key if you plan on having any sort of success breaking it up after it sets.  Allow the toffee to rest for about 10 minutes, then sprinkle the chocolate over all and let it sit until it’s melty, then use the back of a spoon or a spatula to make a smooth layer over all of the toffee – if you’d like extra pecans, sprinkle them on now.  Allow everything to set and harden, then break the toffee up.  For me, it works to wrap the whole sheet in plastic wrap – this is after allowing it to get really cold in the fridge or freezer – and then I have a wooden work surface that I drop it on a few times.  If the toffee is cold, you get nice cleans breaks and the chocolate stays intact – but warn your family, they’ll think you’re taking a sledgehammer to your kitchen.  This is a great hostess gift in a mason jar!