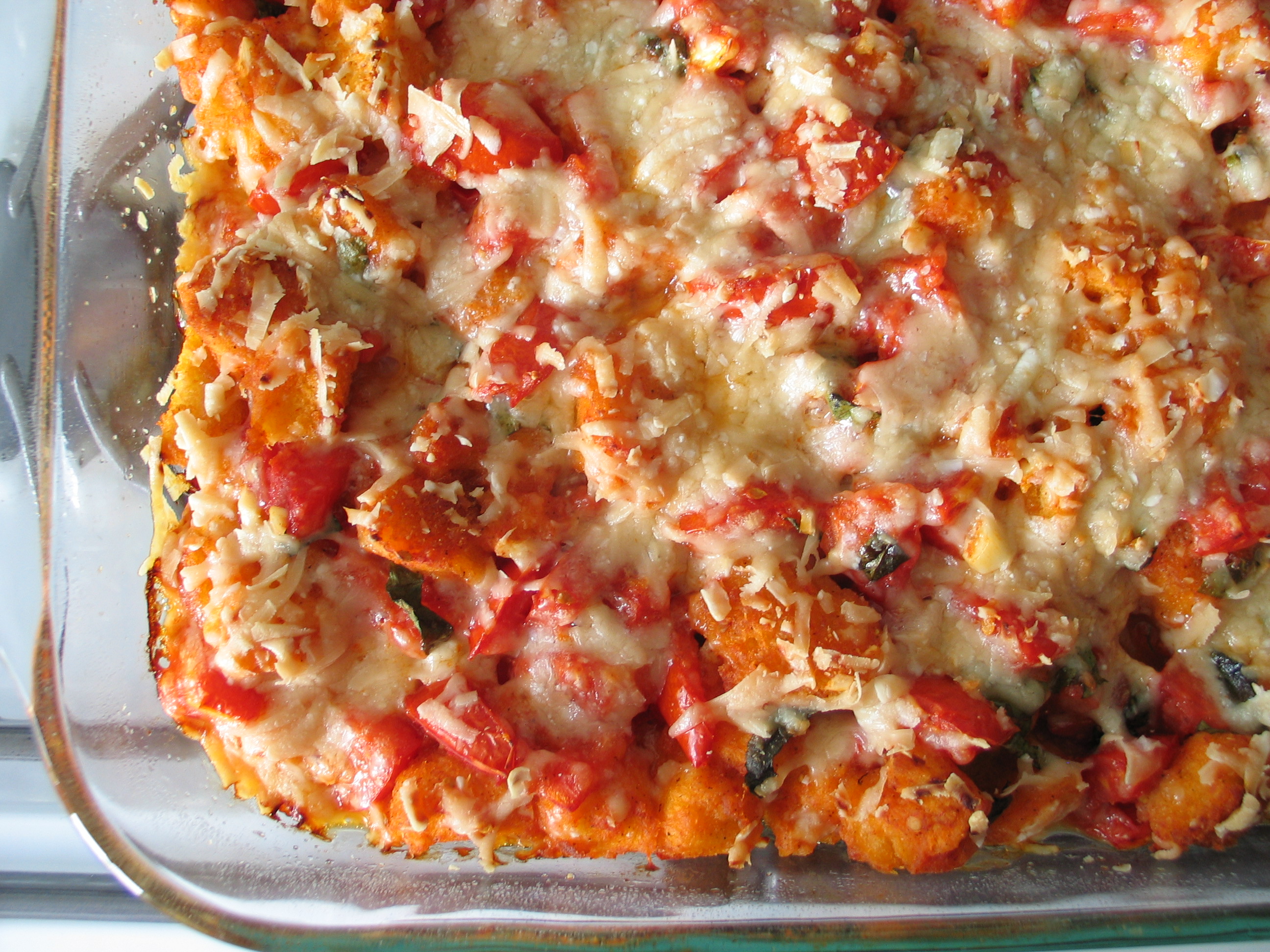 Soooo good – my girlfriend told me I HAD to make this and I’m so glad I listened (thanks Auntie Jino!).  This is borrowed from Smitten Kitchen, where it was adapted from Ina Garten.  I used more bread than the recipe called for – in fact I think I just about doubled what she used in her recipe, and I thought it was great.  I used a regular ‘French’ loaf, put it into the fridge overnight to soften the crust, then trimmed the crust off and cubed it yielding about 6 cups.  I then baked it in a large 11 x 13 pan so that I could keep the bread in a single layer for everything to better crisp up.

We had this for dinner tonight with some grilled chicken breasts that were first marinated in a bit of olive oil and lemon juice, yellow beans from the market and the Peach Crisp that I said was coming soon – that recipe will follow tomorrow.

6 c. bread from a French loaf – trimmed of crust and cut into 1/2 inch cubes

1 c. freshly grated Parmesan cheese – and it MUST be fresh

Preheat oven to 350.  Heat the oil in a large skillet and toss the bread around to get it all toasted for 5 minutes or so.  In the meantime, prepare the tomatoes and mix them up in a large bowl with the garlic, sugar, salt and pepper.  When the bread is toasted and close to being a crouton, pour in the tomato mixture and cook it all together for another 5 minutes.

Remove from heat and stir in the basil, then scrape everything into a large, greased, shallow casserole dish.  Top evenly with the cheese and bake for 30 – 40 minutes, depending on how crispy you’d like it to be.  Unfortunately, there were no leftovers…but Smitten Kitchen recommended having a bowl of this with a poached egg on top and we all thought that would be a great idea.  Enjoy!