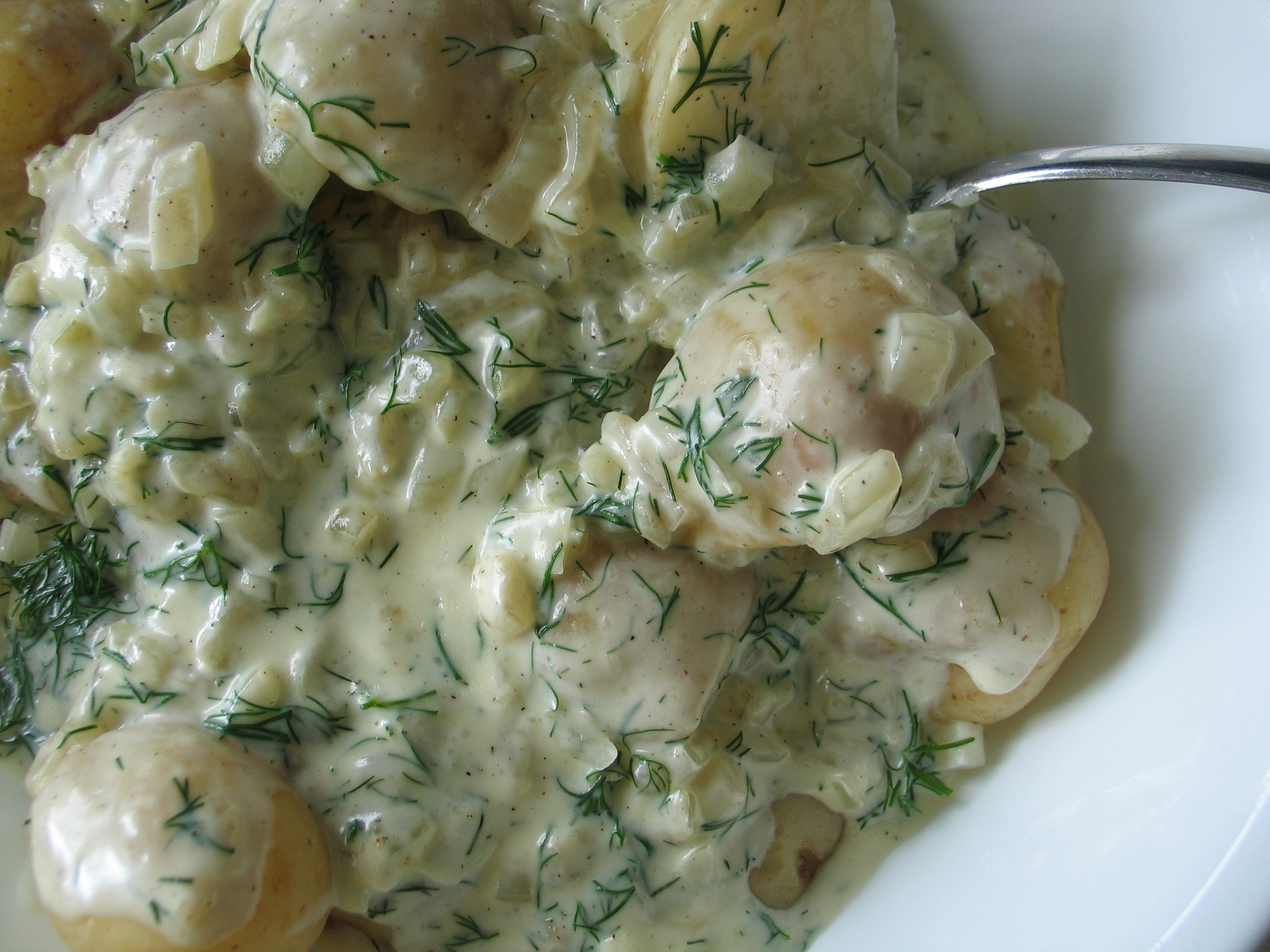 There was much debate about what these should be called… my official title is ‘Grandma Pickering’s Creamy Dill Potatoes’ – my Mom’s mother, I think she’s the backbone of a lot of our favorite recipes, and this was something Mom said she used to make on the farm.  Marlow thought they should be named, ‘Potato Yummy’, Waverly’s input was ‘Fantastic Potatoes’, but I think Brock summed it up best with his idea of ‘I Think I Should Go Running Tomorrow Potatoes’ – but then he did have a couple of very healthy helpings.

Boil the potatoes in lightly salted water until they are just cooked – you should be able to pierce them with a fork, but they shouldn’t be close to falling apart.  While the potatoes are cooking, heat the oil in a large skillet and saute the onions for about 5 minutes until softened.

Add the salt, pepper and flour and stir while cooking until there is no trace of the flour.  Lower the heat a bit and add in the cream, then bring it to a boil while stirring so it thickens.  If it seems to be too thick, add in a bit of milk while stirring until it’s as creamy or runny as you’d like.  Remove the skillet from the heat and stir in the dill – again, use as much as you’d like.

When the potatoes are done, drain them well – I left mine in the colander for a few minutes so there would be no extra water to interfere with the sauce.

Put the potatoes in a serving bowl or on a platter and pour the sauce over top.  We enjoyed ours with grilled chicken and fresh green beans – yum!