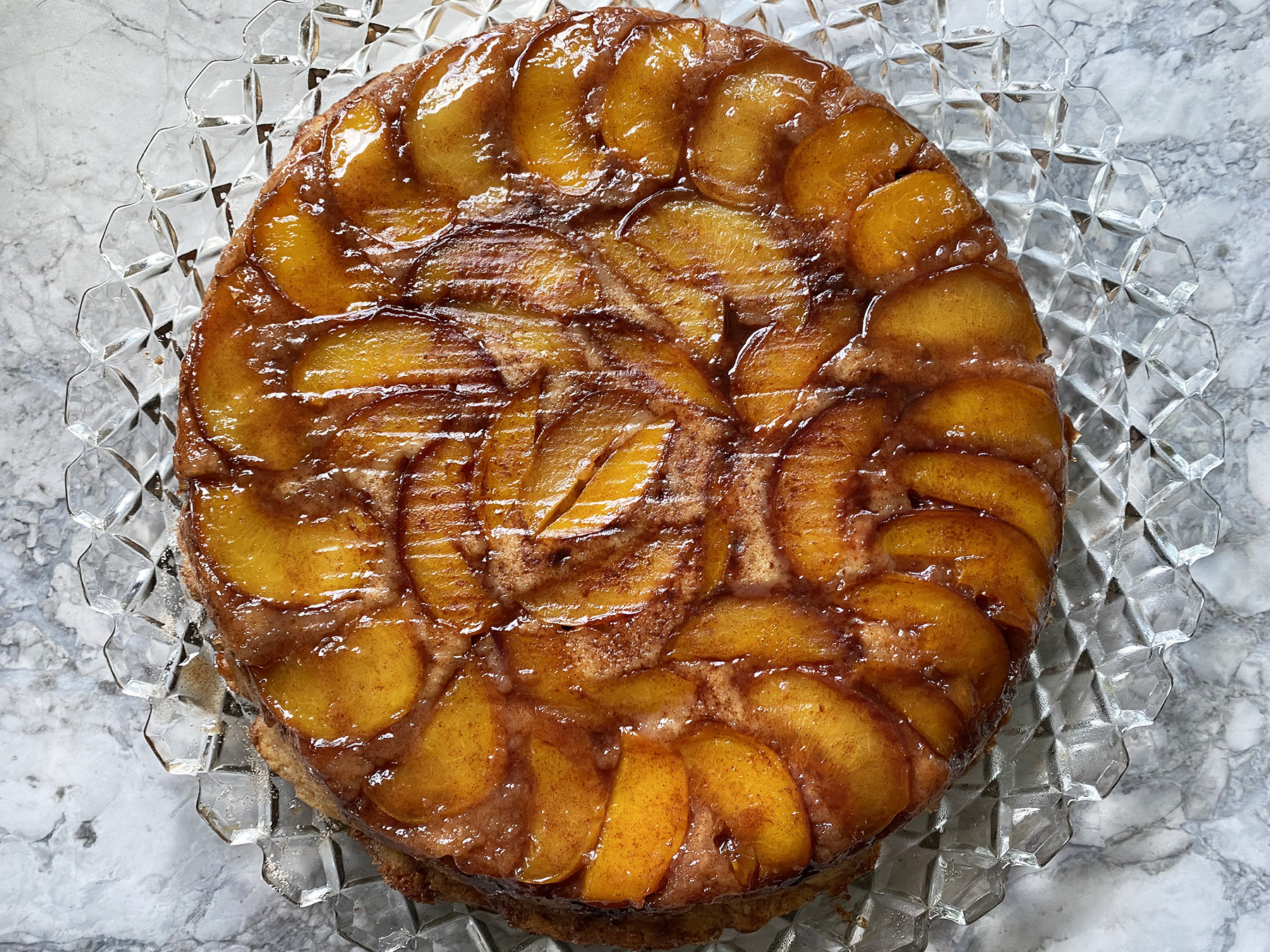 We loved this cake, and I used a 12-inch cast iron skillet…but, next time I will do the exact same recipe in my one-size-larger pan.  That way the cake will be slightly thinner and perhaps a bit gooey-er?  If you’d like any more tips, definitely check out the original recipe on Half Baked Harvest – enjoy!

Preheat the oven to 375, cut out parchment large enough to line a 12-inch (or larger) skillet with overhang, then set the parchment aside for a minute.  Add the butter to your chosen skillet over medium heat and cook and swirl for a couple of minutes until it starts to brown and smells roasted.  When the butter is ready, carefully pour it into the bowl of your electric mixer.  Now line the same skillet with the prepped parchment and butter the parchment – it’s okay if everything is melty and messy!

Bake for 45 minutes to an hour (mine was closer to an hour, as it was fully loaded with peaches), until it’s a deep golden brown and a knife inserted into the center comes out clean.  Allow the cake to sit and set in the skillet for about 10 minutes before using a knife to loosen it around the edges and then carefully inverting it onto a large platter or serving plate.  Carefully remove the parchment (preferably with your family watching!) and then serve it up in large slices with ice cream or whipped cream.