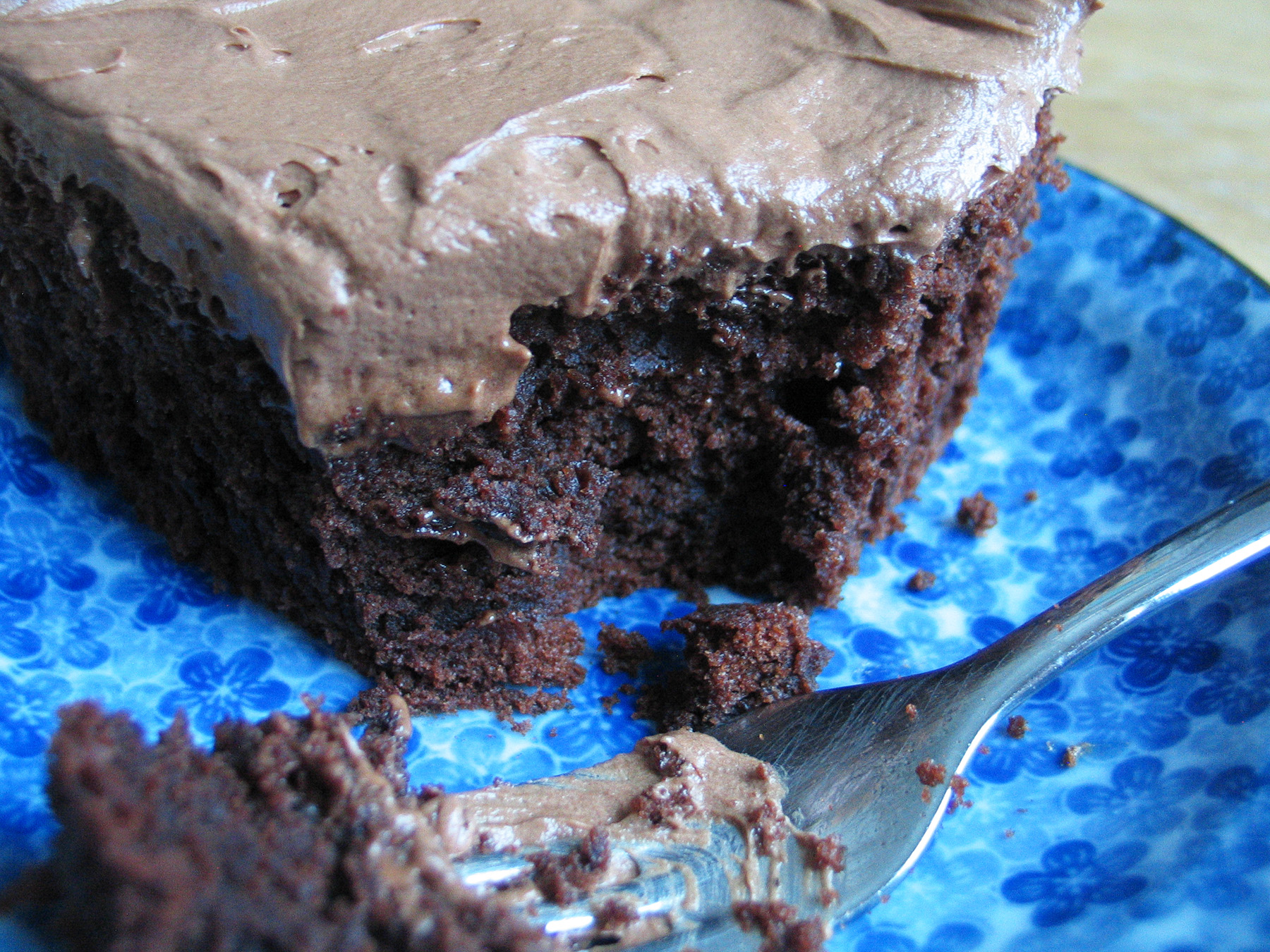 Who can resist trying a new chocolate cake recipe?  Found in Unami Bomb by Raquel Pelzel, the real name of this is ‘Killer Chocolate Cake’ and the recipe looks a little odd, but…it’s a wonderful chocolate explosion and totally worth your time! Trust!

To get started on the cake, preheat the oven to 350 and butter your favorite 9 x 13 cake pan.  Using your electric mixer, cream together the butter and brown sugar on low speed for a couple of minutes until well combined, then scrape down the sides if needed, increase the speed to medium-high and beat for 3 or 4 minutes until the mix is light and fluffy.

As the electric mixer is going, stir together the buttermilk and vanilla in a measuring cup with a spout and whisk together the flour, cocoa, baking powder, baking soda and salt in a medium bowl.

When the butter and sugar mix is fluffy and perfect, add in the eggs one at a time, mixing well in between and scraping down the sides of the bowl as needed.  Now reduce the speed to medium-low, add in a third of the dry mix, alternating with half of the buttermilk mix until all is added and well incorporated.  Finish by scraping in the melted chocolate and give the batter a final beating for a minute or so.

Pour and scrape the batter into your prepared pan, smooth the top and bake for about 40 minutes until the center bounces back to a light touch.  Leave the cake to cool on a rack completely before frosting.

To make the frosting, add the butter to your electric mixer with a whisk attachment and beat for a couple of minutes until smooth.  Turn off the mixer and add in the icing sugar, mix until combined on low speed, then turn it off and scrape down the sides and add in the melted chocolate, soy sauce and vanilla.  Beat on low speed until well mixed and then increase the speed to high and whip for about 30 seconds until the frosting turns glossy.  Frost the cooled cake as your would and enjoy!