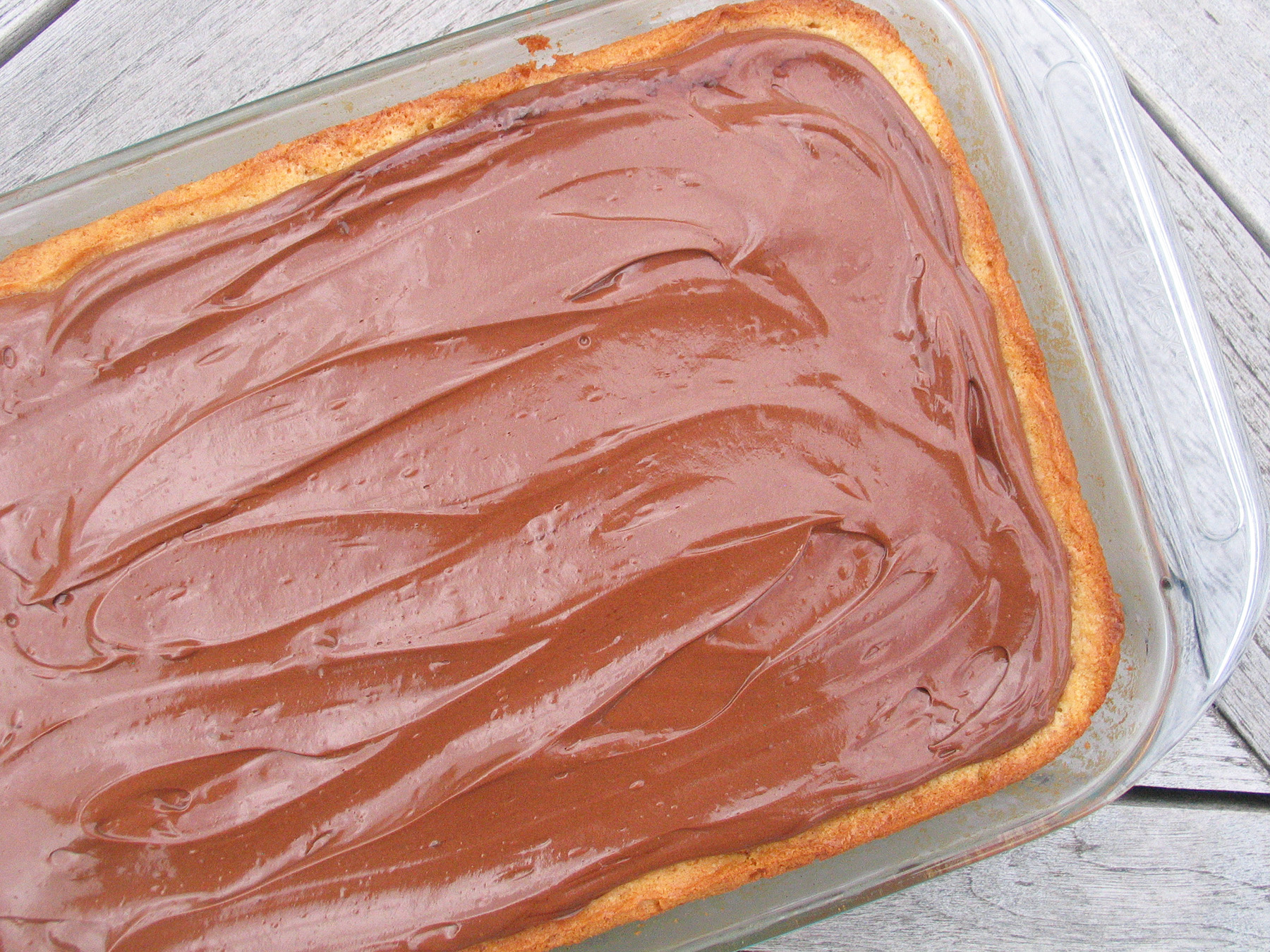 I have an 8 x 8 vanilla cake posted (a very flexible recipe), but there’s always a need for a larger version, and Martha Stewart’s recipe does the trick – enjoy!

Preheat the oven to 350 and generously butter a 9 x 13 cake pan. Using your electric mixer, beat the butter, sugar, baking powder and salt on medium speed for a few minutes until light and fluffy. Add in the egg and yolks, one at a time, beating in between additions and scraping down the sides of the bowl as needed. Beat in both vanillas.

Add in the flour in three additions, alternating with the milk and beginning and ending with the flour. Mix again until all is well combined and the scrape the batter into your prepared pan and smooth the top with a spatula. Bake for about 30 minutes until the top is an even light brown and the center bounces back to a light touch. Allow the cake to cool completely in the pan as you prepare the buttercream.

For the buttercream – place all of the chocolate into the (clean) bowl of your electric mixer. In a small pot, carefully heat and stir the cream and corn syrup until the mix comes to a boil and then pour it over the chocolate in your mixer bowl. Leave the mix to sit for a couple of minutes, and then stir it until it’s smooth. Allow this new blend to cool for 30 minutes.

Once the chocolate mix has cooled a bit, begin beating it. Gradually add the butter pieces to the mixer and continue to beat until all of the butter has been added and the buttercream is beautifully smooth. Continue to beat, scraping down the sides of the bowl as needed, until the frosting is light and fluffy. Spread the buttercream evenly over the cooled cake and you’re good to go!