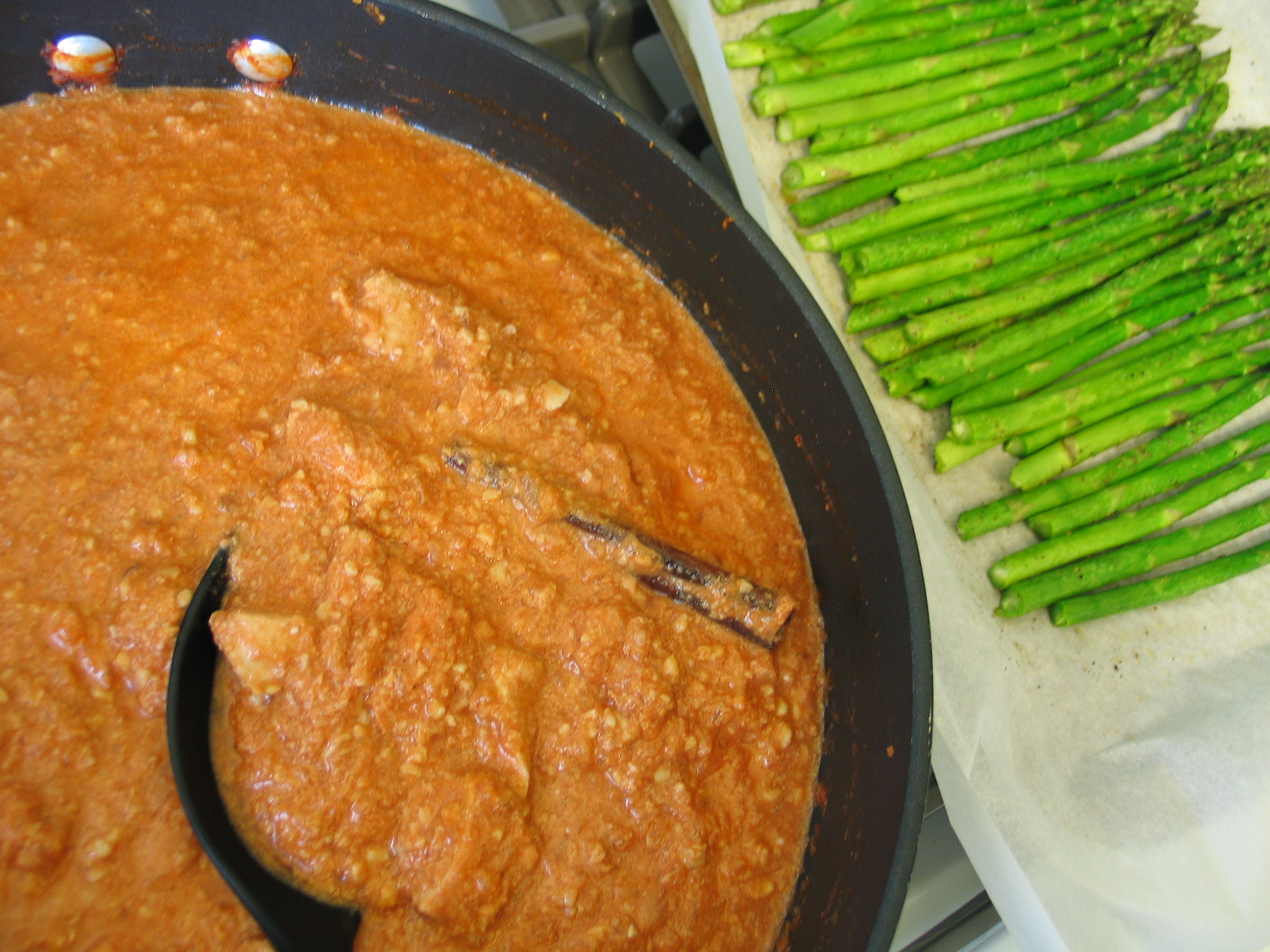 Waverly ordered bagel-eggs, as we call them, for dinner on Tuesday – a crisped up half bagel with an egg slowly cooked in the center (definitely don’t add the egg until the bagel is ready!), and once again, they both ate as much as I did – I don’t know how it fits!  So last night, since we were all actually going to be home,  I decided to try this new dish adapted from Cooking Light.  It calls for cayenne pepper, and where normally I would have at least doubled it for Brock and I, I left it out completely for the girls and we all really enjoyed it.  I served it with brown rice, roasted asparagus and what was probably the last Peach Pie of the season (I used less sugar this time and it was perfect).

1 c. cashews, toasted (I use a non-stick skillet to toast nuts quickly)

1 t. EACH paprika AND salt

Combine the first 9 ingredients in a blender or food processor (with or without the cayenne) and process until smooth.  Combine this mixture with the chicken, cover and refrigerate for at least 3 hours (you could do this the day before and save a lot of time).

When you’re ready to make the dish, heat the oil in a large skillet or pot and saute the onion with the cardamom and cinnamon for about 10 minutes until golden, stirring frequently.  Add all of the chicken mixture and cook for another 10 minutes, continuing to stir.

Stir in the broth, passata, paprika and salt and then simmer for about 45 minutes, stirring regularly, until the sauce has reduced a bit and thickened up.  Remove the cardamom pods and cinnamon, stir in the half and half and cook for about a minute until heated through and then remove from the heat and serve on top of rice, garnished with cilantro.